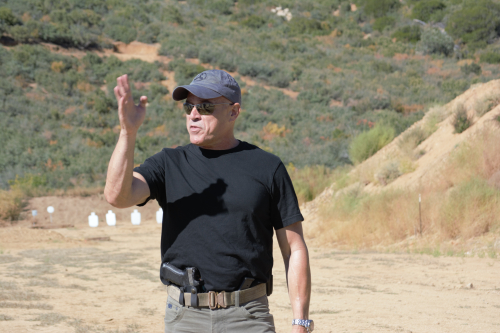 After every class I sit at home with a glass of something expensive and think on the week's events. I think on what I saw, the gear people brought, and the notable trends. And with few notable exceptions I have seen some things in the past 12 months that need to be addressed. And they need to be addressed because if your goal is getting good at gun FIGHTING then these things are huge factors in you attaining your goal.

1). The lack of physical fitness in the gun world is shameful and embarrassing and indicative of a culture of self-gratification and a lack of self-discipline. One is unfit because one chooses a lifestyle that gets them there.

And I am not referring to age. I have had guys and gals in the sixties and seventies in class that were lean and could move with conviction in class...and who were far more physically fit than men in their twenties attending the same class with them.

Neither is it about injury. We recently had a gent and his wife in class. The gent nearly died in a helicopter crash and walked with a cane...but that didn't stop him from kicking ass in class and moving and fighting as the drills called for.

"Why is that important Gabe...I mean...I carry a gun so I don't have to be fit and all that stuff"

That is the usual reply you hear. Look guys...gun FIGHTING is not about marksmanship, or about shooting a score in a match or any of those things. It is about being good at killing with your chosen weapon, and conversely being good at not getting killed by those who are your enemies. Both of these goals are easier to attain if you are fit. I have seen tough men get shot and receive what some would term non-survivable wounds, yet not only not die, but recover and eventually return to work. How? Because they were strong, muscular and tough and had the mental ruggedness that accompanied the physical.

Without physical toughness you will not have mental toughness and without that you will in fact fail your gunfight...unless your enemy is totally unskilled, or not paying attention.

2). It is not about gun SPORT. Any martial science that is turned into a sport loses a great deal of their martial value. See Olympic fencing. Gunsport makes winning the medal the object of the exercise, not the development of skill to win a gunfight. Then all manner of compromises are made in order to play the game within the rules and edge out the competition with time saving, yet unsound, shortcuts.

I have written about this plenty of times. Don't bring sport-centric methods to a fight-centric class...you won't impress anyone and the instructors will not think well of you. If you are coming to learn what we think is important we will give you everything we have. If you are coming so we will validate your poor choices in prior training and gear acquisition, save your money and your time. That is not what we do. If you suck we will tell you privately, but we will also tell you how to fix it.

3). When you come to class, please come prepared. Make sure the holster and the pistol work together...and that they fit on...and IN your belt. You should be able to run our course with a J-frame revolver (if that is what you carry...although a harder time is in your future), but tucking a Fobus holster in the band of your pants precariously clipped and magazines in your pocket...well, I will bet you don't carry that way on the street and if you do, that brings up another matter...do not show up to an advanced level class when you have not been to a basic level class.

There is more but those will be a good place to begin.